here be a  quickie drawing of the moment that actually terrified me watching the 2003 remake of Texas chainsaw massacre, its when we catch a glimpse of Leatherface wearing Kemper's face, such a disturbing image.

Just realised what today is, so I drew a quickie sketch in recognition.

Now just as I'm posting this up I realised that this is the third incarnation Jason so it's from FRIDAY THE 13th part III, this takes place after the events of the first two movies which means this movie actually occurs on the following 2 days ...so its really Saturday the 14th and Sunday the 15th! Doh! I could have saved rushing it and taken my time drawing this. 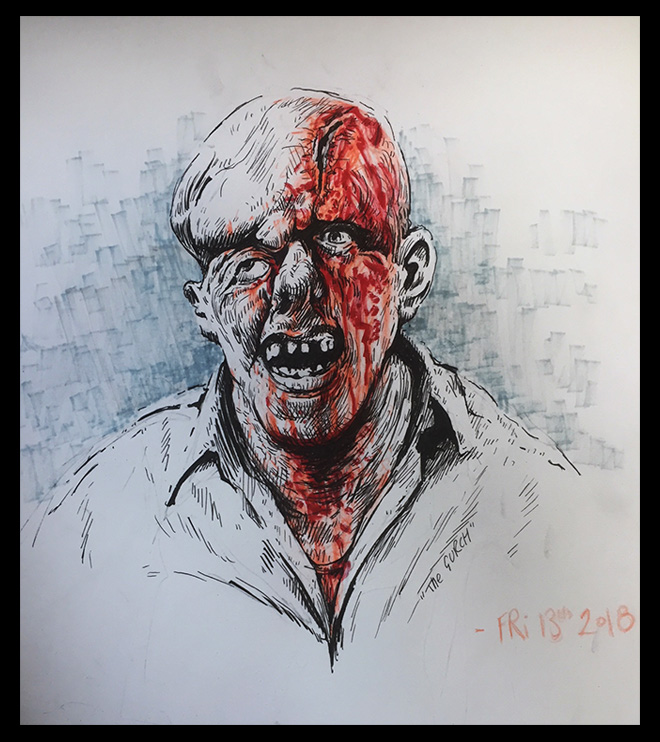 What do victim shout when pursued? ---STOP Jason me!!
Posted by The Gurch at 12:09 No comments:

Its fathers day today so I thought why not rush of a quick back from the grave image of rotten ole Dead Nate from the amazing Creepshow movie.

Yeah I've owned this artwork for a while and as I rarely look at these I decided to sell them off , these are actual Alien Ressurection storyboards used in the production of the movie and I am sorry but I  have no idea who the artist here is, if anyone is able to shed any light on the name and would be all too pleased to give him or her credit here.
I recently sold these along with a nice kit model of the space jockey from Alien movie by Halcyon, of which I took some nice photographs of before packaging up and shipping off. 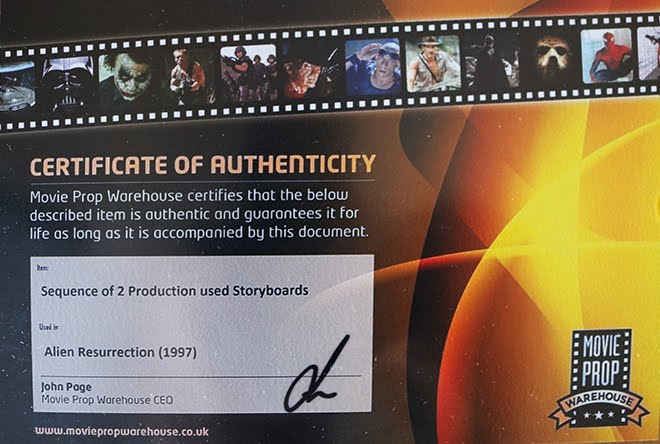 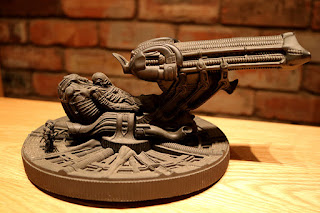 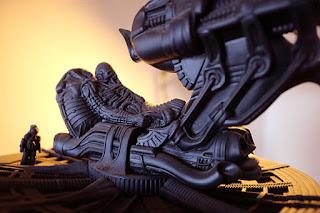 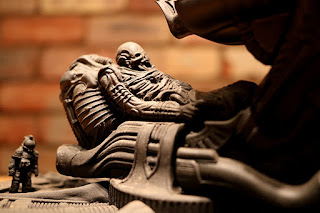 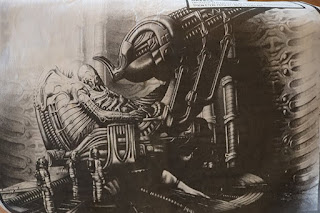 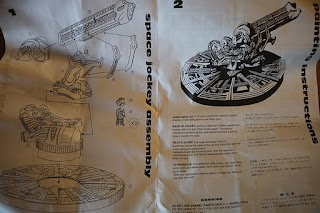 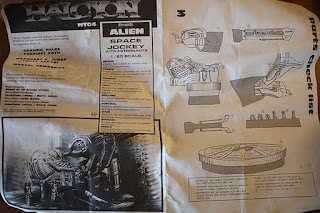 NIGHT OF THE LOVING DEAD


My Bloody Valentine to horror films.

Last night January 31st 2018 was the second full month in that calendar month and according to moon scientists technically that makes it a super blue blood moon.

In commemoration, I snapped a photo of the glorious lunar phenomenon the blue moon from my bedroom window (see picture above)

Originally by Sam Cooke, Blue Moon by Bobby Vinton was also the slow and soothing song you hear during the opening credits of American Werewolf in London and so why not make this the excuse to post up another American werewolf scribble. 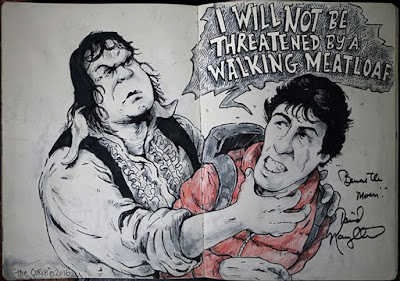 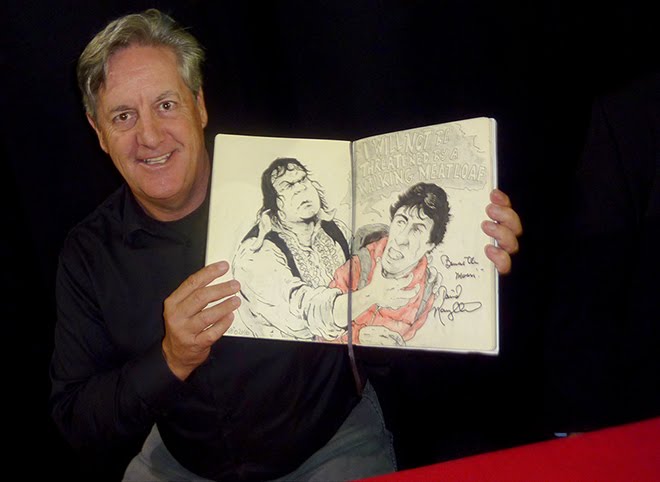 After arriving at the convention venue, despite having paid the early doors premium I ended up queuing for nearly an hour, mainly because I was so enthusiastic I turn up way too early,  inside the hall I eventually made my way round to the very very busy signing area, in hindsight I should have headed here promptly as it was already extremely popular.
Firstly there was large central holding pen to hold the masses which meant waiting again for close to an hour before you could join the lengthy queues at the appropriate desk of your chosen celebrity, where you were then faced with yet more queuing, it was slow moving and I later discovered the reason why.
Eventually, I got to meet David Naughton - it has to be said he is an incredibly nice person and that made the wait totally worth it, he didn't rush and seemed genuinely interested and engaged in the conversation, as great as this was it was also the reason behind the treacle speed queue. After a lot of very nice banter with David, I thanked him and of I went to purchase some Game of Throne coasters, here I took out my cash to pay I had the sudden realization that being so engrossed in chatting I hadn't paid David for his autograph!  Feeling guilty I turned back to go hand over the money but found the area was still thronged with so many many people waiting and waiting there was just no way I was could go through all that again!

I feel bad about being a non-payer and fearfully envisage that on the next night of a full one while I'm sat watching the Muppet Show he's gonna would turn up on my doorstep for payment in full.... 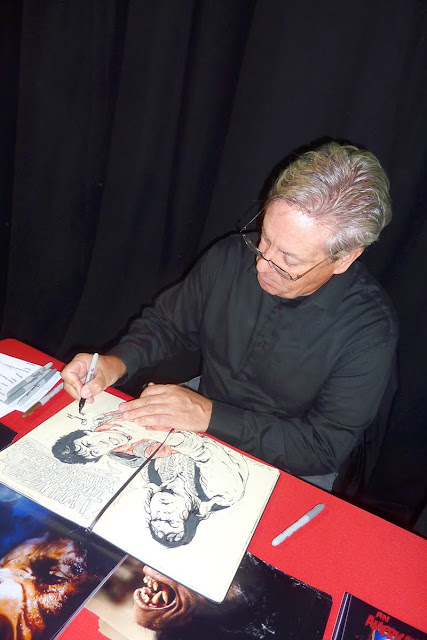 Cartoony funny time, one of my favourite of the wall loony horror film, Stuart Gordon's Re-Animator drawn here with some added cat poop.